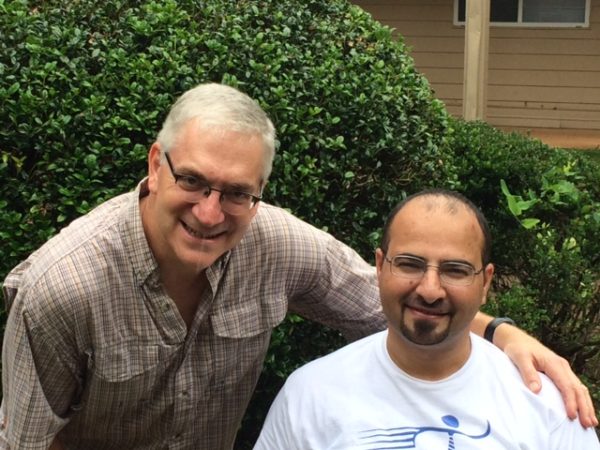 As a 23 year old student in Daraa, Syria, Basher joined a group distributing food to households during a regime induced siege on his city. He was arrested with hundreds of others on the street, sent to jail and tortured for 30 days. This resulted in quadriplegia initially, for which he received intermittent medical attention in Syria for 1 year after which his doctor recommended he go to Jordan. In Jordan, he was able to have physical therapy for 3 years, but this was discontinued for budget reasons. A period of 2 years later, he was granted refugee status in the U.S. with his mother and sister. Even after arriving in the U.S. in Sept. 2016, his rehab therapy was not approved by Medicaid, resulting in another year’s delay. He is now excited and very motivated to restart his recovery process.