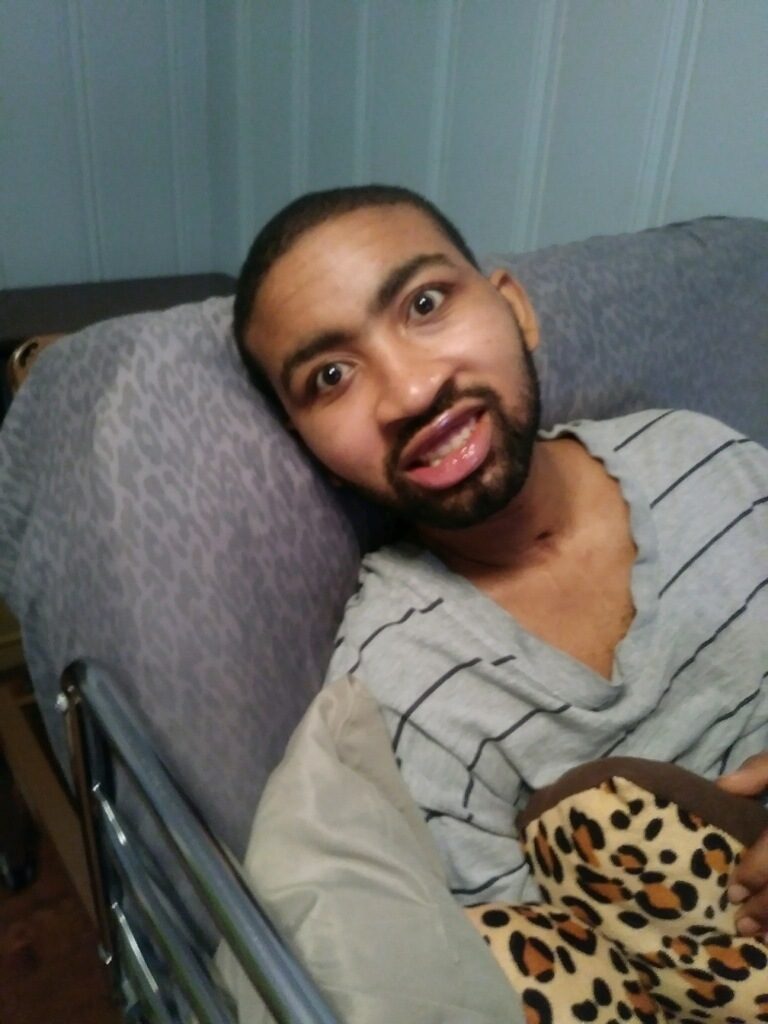 Damian was in a motorcycle accident back in August 30th, 2016. He suffered a terrible brain injury followed by a stroke with right side weakness. He was in Baptist Hospital in Winston Salem, NC for 5 months. Then was sent to Oak Forest Rehabilitation Center for rehab but was not getting what he needed. So his mother brought him home with home health and got him into Carolinas Rehab in Charlotte, NC. He has been progressing ever since.
This grant will mean everything to him because his family wants to be able to help him recover in as much as he can. So that he can be able to see and play with his 5 year old son again in some type of way!