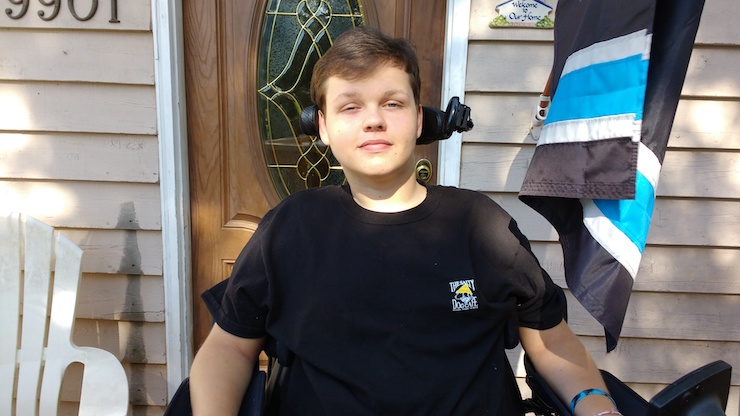 I had my spinal cord injury on July 28th of 2015. I was at a community pool with a good amount of people, which is what I did almost every day for that summer. On this day, the pool we were at had become more packed than usual, so we decided to switch to another nearby pool that is a shallow 3 ft. deep all the way across. I was an experienced swimmer, it’s how I spent most of my summers, so I was comfortable with diving. When I jumped into the pool, I hadn’t really dove but it was head first and I had broken my neck, in the C4, C5 area. It wasn’t immediately apparent, I was still conscious and I thought my body was just in shock, so we waited a bit after my friend pulled me out of the pool to make any emergency calls. About a half hour later, we decided to call and it was really foggy from the ambulance to the ICU.

Over the next few months, I was recovering and receiving inpatient therapy at Levine’s and later on, in-home therapy. Recovery was slow as I wore a neck brace that didn’t allow for much movement. Paralysis aside, I would say my health is back to normal and I’m receiving outpatient therapy at CMC-Main rehab right now.

A grant for use of the FES bike would mean a form of exercise and recovery that would be impossible to receive outside of rehab. I only turned 18 in June 2016, and feel I have a good life that I would like to live more independent. It would make it easier on my family, particularly my mom. It would also allow me to work towards goals such as feeding myself, operating my chair easier, and completing schoolwork.